Kobe International Conference Center is connected with the Port Liner rail station (Kobe Convention Center station) by a sheltered pathway bridge. Three hotels with 1,246 guest rooms and unique party venues are also concentrated in this area. All venues and facilities are a 5 minute walk from one another. 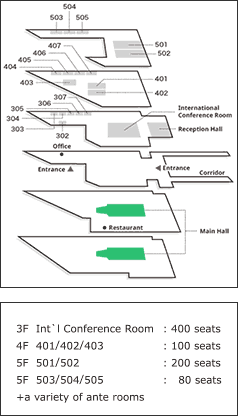 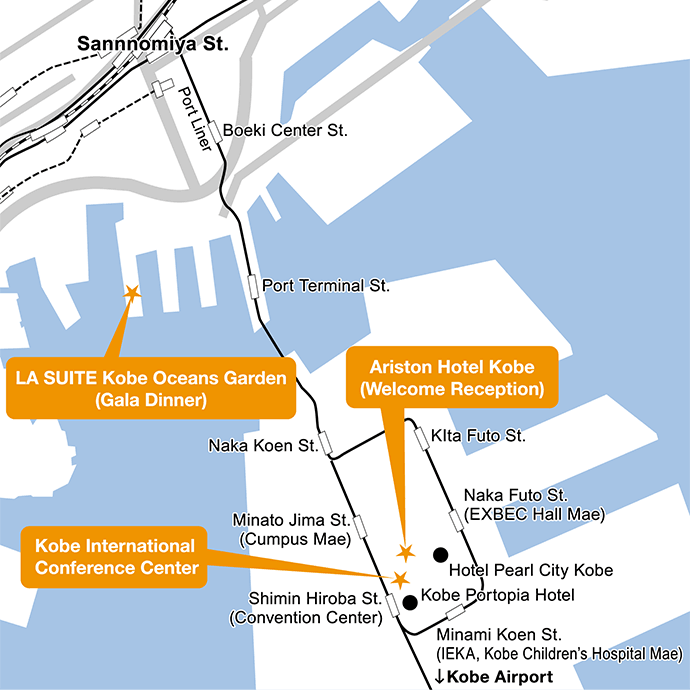 When using Haneda as a gateway, you can have two ways; first one is using Shinkansen from Shinagawa Station (via Keikyu railway); second one is using domestic flights (to Osaka/Itami or Kobe airports).

High-speed access by Shinkansen bullet trains from all over Japan

Shinkansen bullet trains stop at Shin-Kobe station every 15 min and provides easy access for conference delegates from all over Japan. It is takes just 12 min to reach the Kobe Int’l Conference Center by metro and Port Liner (or taxi).

Easy access by air from major cities in Japan

Kobe airport offers domestic flights from 6 major cities in Japan including Tokyo. The departure floor is directly connected to the train station, and it takes only 8 min to get to the Kobe Int’l Conference Center.

Kobe is closer to Kansai International Airport than any other city in the Kansai area.

Kanasi International Airport is Japan’s first 24 hour airport and the 2nd largest in Japan after Narita Airport (Tokyo), connecting to 68 cities with 1,115 flights per week. All directional signage is posted in four languages - Japanese, Chinese, Korean, and English. International delegates can easily find their way around.

Step 2 : Transfer to Kobe by sea or road

There are two ways to come to Kobe. One is by the high-speed Bay Shuttle ferry and the other is Limousine Bus. Taking only 41 min from Kansai Int'l Airport to the Kobe International Conference Center on Port Island, the Bay Shuttle boasts the fastest access of any convention facilities in Japan. 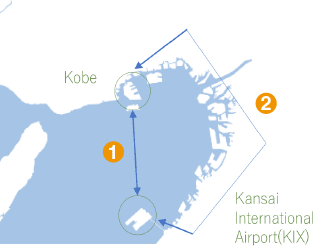 One characteristic of the Bay Shuttle ferry is that it makes use of universal design principles. (For example, wheelchair users have ample corridor width, easy access slopes and wide rest rooms).